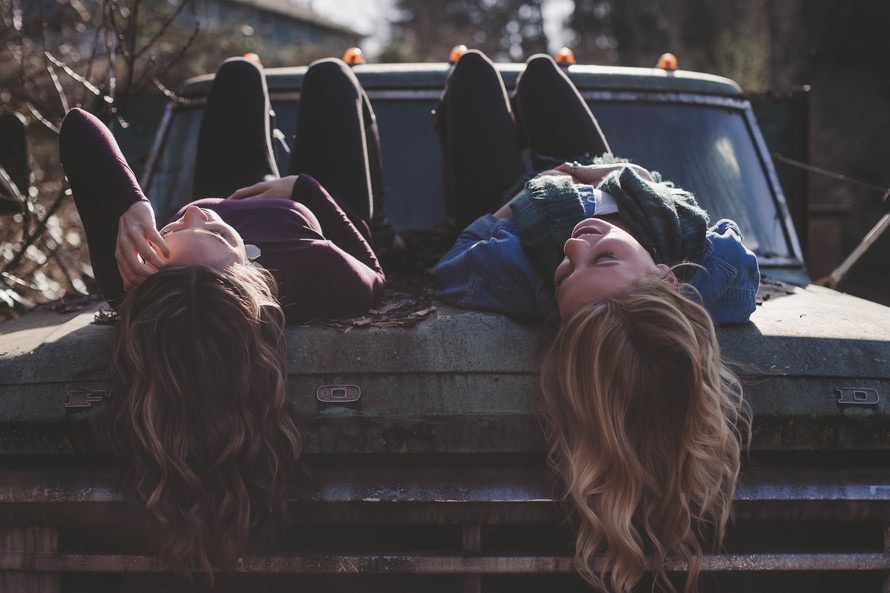 Female friendship is a beautifully delicate thing that can all too often be undervalued by those who possess it. As a woman, navigating life’s many obstacles alone is a tough feat. Sure, your life partner may be there to hold your hand when times get tough, but a true friend will be holding the compass and telling you which way to turn. She will be there, by your side, at all the most important points throughout your existence. Having a woman this close to you is only akin to having a sister. Of course, none put this feeling better than authors. So, with that in mind, here are six quotes about female friendship that aptly sum up what it means to have this unforgettable bond. 1. “We could fight and wrangle and name-call, but it didn’t change anything underneath. She was still my oldest friend. Is.” (The Handmaid’s Tale, Margaret Atwood)

If a friendship is so weak that it will break after the first insignificant fight, it was never one that would stand the test of time. True relationships can sustain any amount of hardship. They are like diamonds: Rather than cracking under the great many pressures of life, they become stronger at every opportunity. Having a disagreement with a friend is never a pleasant experience; it’s not one you’d wish upon yourself or anyone else. Still, it doesn’t change the way you feel about them and, in that moment, you know that it never will.

Whether you tell yourself that you don’t have the time, that they’re too far away, or that it’s been too long since you last spoke, you’re lying. When someone is a real friend, when they are an intrinsic part of your life, none of those things matter a single iota. You can call them up from the other side of the planet having not once contacted them for the last six months, and yet you’ll still feel as close to them as ever — if not closer. It’s these friendships that are so intricately woven into our lives that we can never untangle them, no matter how we try. The likelihood is that you’ll get but a few of these in your life, but they are the bonds that keep you grounded and, much of the time, sane too.

3. “There’s nothing like puking with somebody to make you into old friends.” (The Bell Jar, Sylvia Plath)

As comically vulgar as this one sounds, there’s great truth in it. Bonding with another human being is not merely about spending wine-fueled nights together, though that helps too. Instead, it’s about facing every battle together. Once someone’s held back your hair while you vomited up your regrets, it’s hard not to find them a little endearing. What women look for in any friendship is something lasting. We don’t just want friends who will take pouty selfies with us in clubs; we want those who will be there when we’re no longer posing.

It’s not about simply being a Yes Woman when called upon for help. Sure, that may be a fast-track way to trick people into liking you, but it’s a disingenuous way to gain people’s trust. Our closest friends will come to us for advice and guidance. How we respond to that depends on our strength of character. Telling someone exactly what you think they want to hear is not only spineless, but it can actually turn out to be a hindrance.

5. “I have your back. I didn’t mean only when it’s easy. All the time.” (Divergent, Veronica Roth)

At the core of any relationship, there’s just one thing: loyalty. This trait is so hard to come by, nigh impossible, which is why it should be valued in a person once you’re lucky enough to find it. You can have everything in common — the same sense of humor, the same interests, a similar outlook on life — and yet if this one key thing is misplaced, it will never work. When someone is only out for themselves, for their own personal gain, the friendship will wear thin quicker than you could ever imagine.

The final thing to remember about any legitimate friendship is that it’s not something you simply fall into. Friends of convenience rarely last, and just because something’s easy doesn’t mean it will work. Friendship is by no means an accident; it’s something you have to work at every single day of your life. When you decide to align your life with that of another person, it changes you; it means that you suddenly have to consider them in your plans. The moment you stop doing so, you could lose them — that in itself should worry you enough to never make the mistake. That’s not to say that friendship should be hard work, but you definitely should work hard at it regardless.

in BALANCE, HOMEPAGE - BALANCE, PHILANTHROPY
Write to Give: 7 Charitable Authors