Check, Mate: Chess Gets its Sexy Back

by A Scott. Walton
in FASHION, HOMEPAGE - STYLE, STYLE 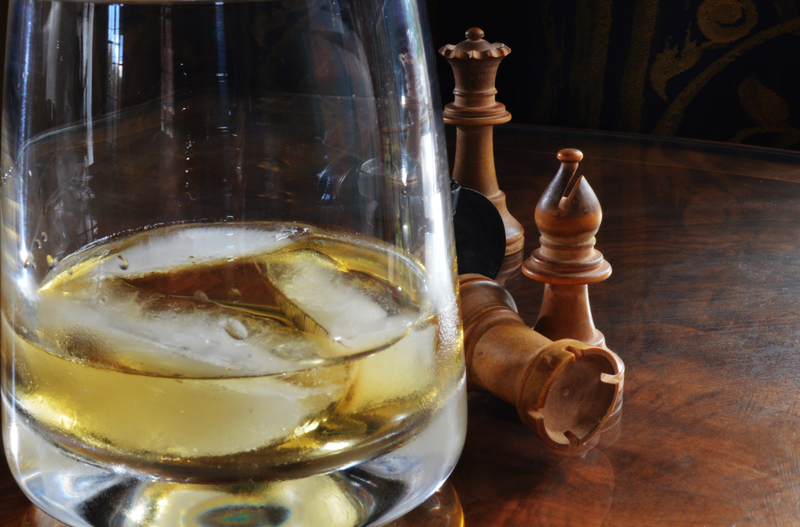 Stop swiping randomly right and left on your smartphone for just a second. Why not try a new twist on an ancient concept of conquest instead?

There’s a niche for everyone to embrace chess at its purest or self-expressive forms. Critics say two recent screen gems – Pawn Sacrifice, starring Tobey Maguire and Liev Schreiber, and The Dark Horse, starring Cliff Curtis (Fear the Walking Dead) – should spark major interest in this game of strategy that has literally torn families and nations apart and driven prodigal geniuses crazy. At the cutting edge of virtual reality, chess fanatics compile and share lists of the world’s sexiest chess players. Sites for chess singles who only date their own kind are mushrooming.

A nice chess set can serve as a conversation piece or an aphrodisiac these days. Go head-to-head, eye-to-eye and hand-to-hand over a chess board if you really want to feel intimate and empowered with somebody. Here are seven chess sets that could take your game up another notch. Cue up the Teddy Pendergrass soundtrack, dim the lights and get busy with this LED Glow set. The pieces don’t stop glowing until they’re captured. The polished playing board is powered by a plug-adapter or AA batteries, so there’s always a flicker of hope that events will unfold in your favor.

Sets From King-Sized to Micro Awe your opponent with the expanse of your devotion to the game with a King-Sized Lawn Set. Pieces as tall as 12 feet are hoisted and moved across boards landscaped to wide open space perfection. Or, make them green with envy through subtle or grand gestures on a Micro Planter set  – where seeds cunningly sprout from  3D-printed pieces. Players must maneuver pieces planted with tiny herbs and succulents around the board. Play on a Shot Glass set to ease the pain of getting out-witted at every move. On this tempered glass set, players make opponents pay not only with the loss of a captured piece but with a jolt of libation as well. Each piece’s volume is measured by its value in the game: Pity the fool who loses the queen. With 16 pieces per side at risk, losers should probably think twice about demanding a rematch. Tame the other “player” in the midst with an African Challenge set. The pieces are hand-carved from soft sese wood to mimic monuments in Ghana; and the board is covered in tooled leather. The rules of the game remain the same, but sets like this offer a home field advantage in terms of style points. Note the difference between your queen getting tipsy versus getting toppled with the Wobble set from Umbra. The round-bottomed walnut and maple wood pieces are cupped by concave squares on the board.  As players waiver and waffle over their next moves, the pieces wiggle it just a little bit. Blame it on the board, in case it seems like your playing hand’s trembling.

Bring your A-game everywhere you go with a folding, Magnetized Wood Travel Set from The House of Staunton. This self-contained set made of rosewood and maple tucks away as easily as an airport newsstand paperback. Turbulence? No problem: The board and pieces are so highly magnetized you can play upside down. Apply your basic instincts with a block-shaped Bauhaus set. The pieces’ minimalist design dates back to the austere 1920s. stressing function over ornate forms. This set makes the simplest of statements: Like any other game, chess is more mental than physical. And yes, size does matter.