Dutch Summer Like a Local: 5 Charming Cities Outside of Amsterdam Summer in the Netherlands means boat rides through urban canals, sipping brews on café terraces, and squeezing through masses of tourists in the crowded summer streets of Amsterdam.

But that’s only for the tourists.

While thousands upon thousands of tourists squeeze their way into the Dutch capital every September to catch the final idyllic days of Dutch summer, Dutch families are squeezing in day and weekend trips elsewhere. Despite being roughly the size of Massachusetts, the Netherlands is home to a diversity of cultures, all squeezed into one of the world’s most densely populated countries, which means that while stone facades and windmills are to be found everywhere, each region has its own eccentricities that make it worth a visit. In every province of the country you’ll find medieval city centers, cobblestone alleys, centuries-old stone rowhouses, picture-perfect canals, and, if you stay long enough and look closely enough, vibrant and distinct local culture.

Do Amsterdam in a day, and then escape the touristic masses by looking to the cities favored by the Dutch for their own late summer city trips. 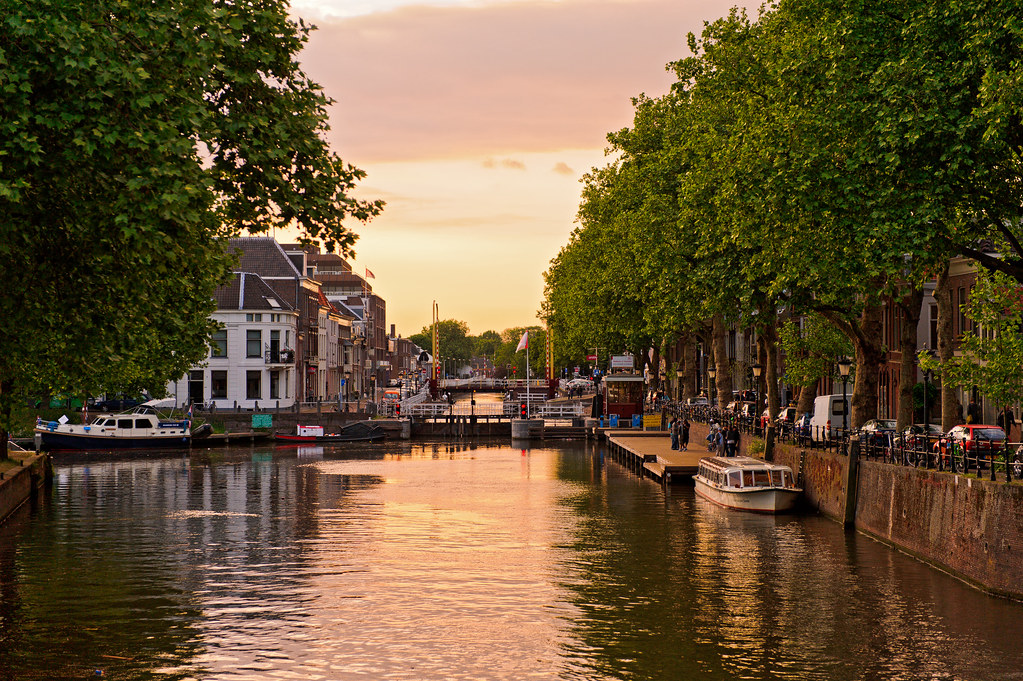 The city most often compared with Amsterdam for its cosmopolitan feel and picturesque canals is probably Utrecht. A half hour train ride south of the capital and with about half its population, Utrecht has all the idyllic waterways and Gothic architecture that draw tourists up and down the streets of Amsterdam, but with a down-to-earth Dutch atmosphere and hardly a foreign tourist to be found.

The deep-lying wharfs and wharf cellars make a walk along the canals of Utrecht a singular experience unmatched in the Netherlands, with café-lined terraces hanging a story below the street alongside the waterways that have earned it the title of Europe’s most beautiful canal city. You can easily spend an entire day strolling along the canals toward the protruding Dom Tower, the tallest church tower in the Netherlands, and finish up the afternoon by touring the medieval church and climbing to its top for a perfect panoramic of the city below. 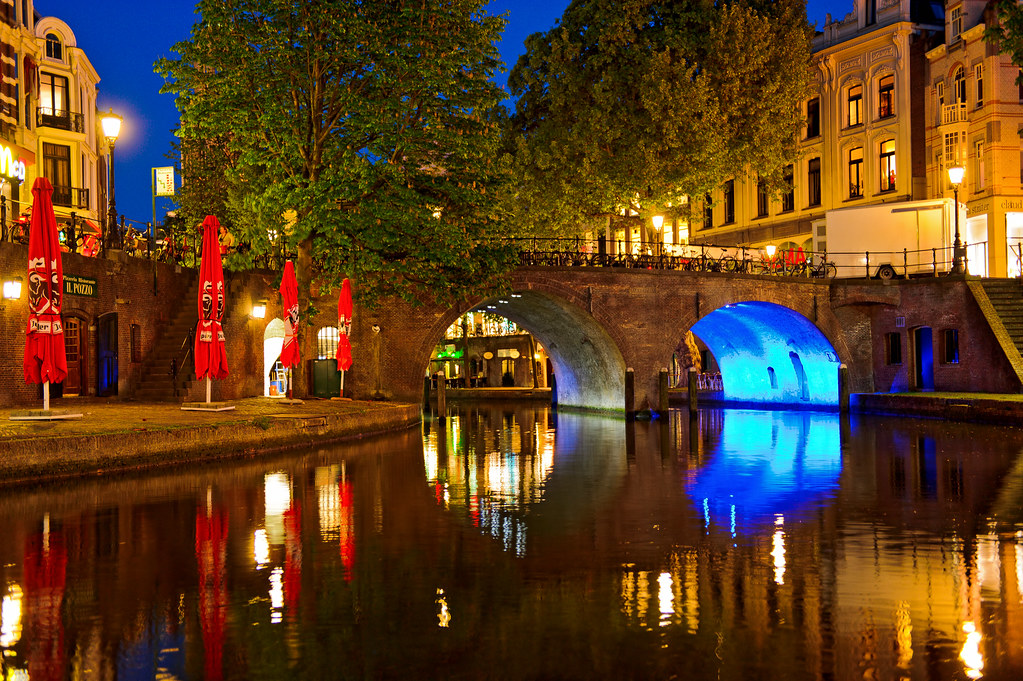 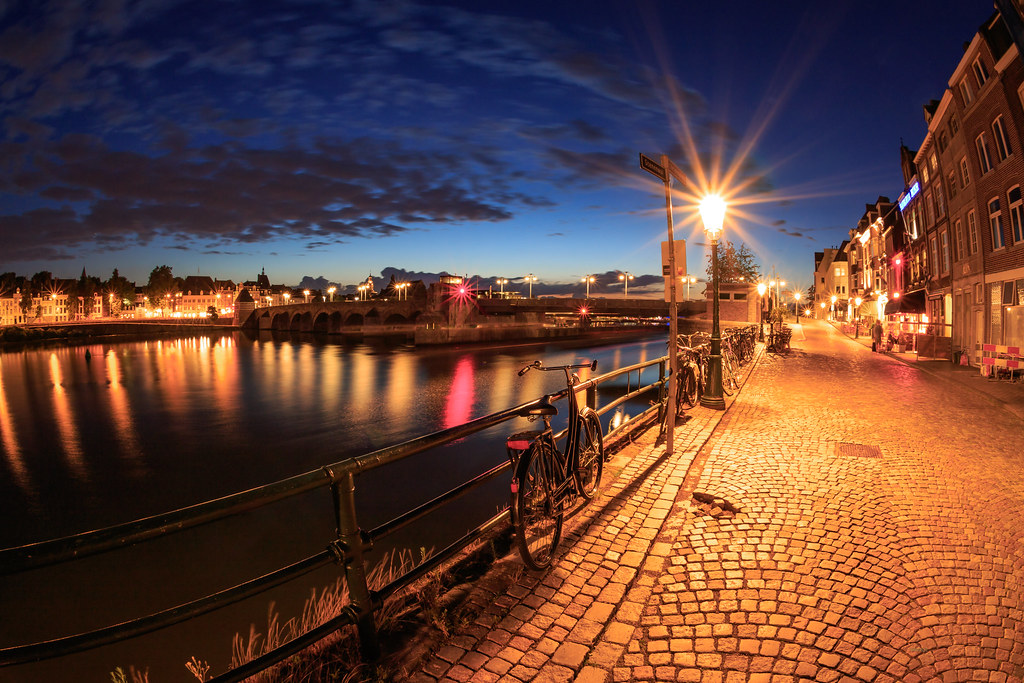 Lying in the extreme south of the country, at the tip of the tiny sliver of the Netherlands that slices between Belgium and Germany, Maastricht is a favorite among the Dutch for summer citytripping.

Best known within the Netherlands for having the best Carnival celebration of the country in spring, Maastricht is also one of the cultural capitals of the southern Netherlands, where laid back European Catholic culture rules in place of the Protestant work ethic of the rest of the country. That might explain its ever-growing popularity as a place to spend a day shopping, as well as the number of little cafés on terraces and church squares, perfect for lounging about in the late summer sun. 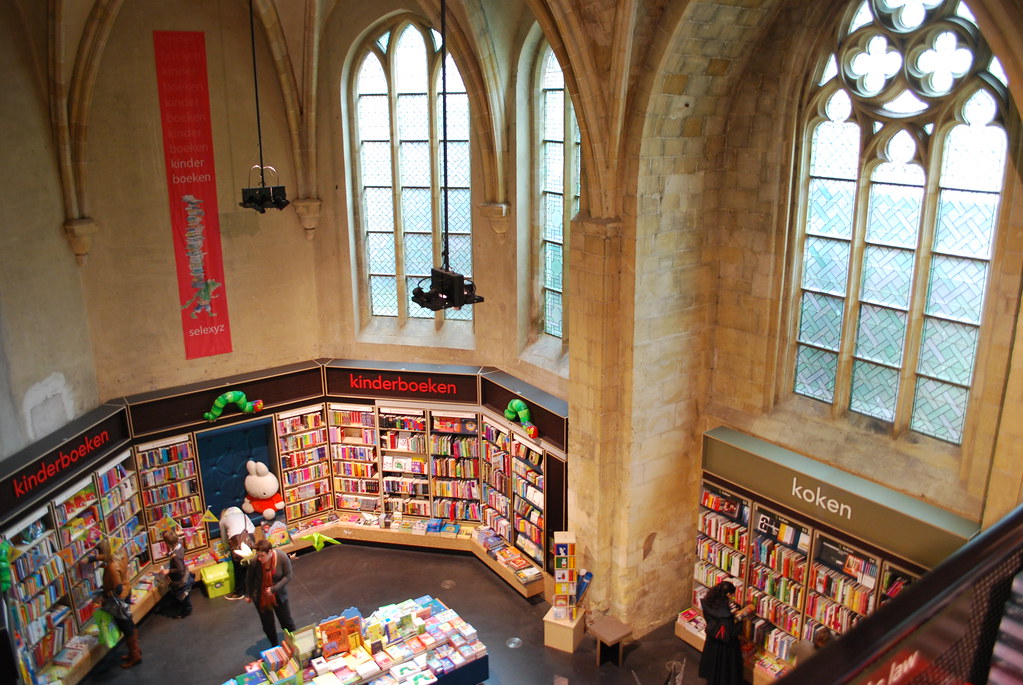 Take time during your visit to browse the Dominicanen bookstore, a 13th century cathedral that’s been refashioned into a unique bookshop with a literary atmosphere you’ll find nowhere else in the country. 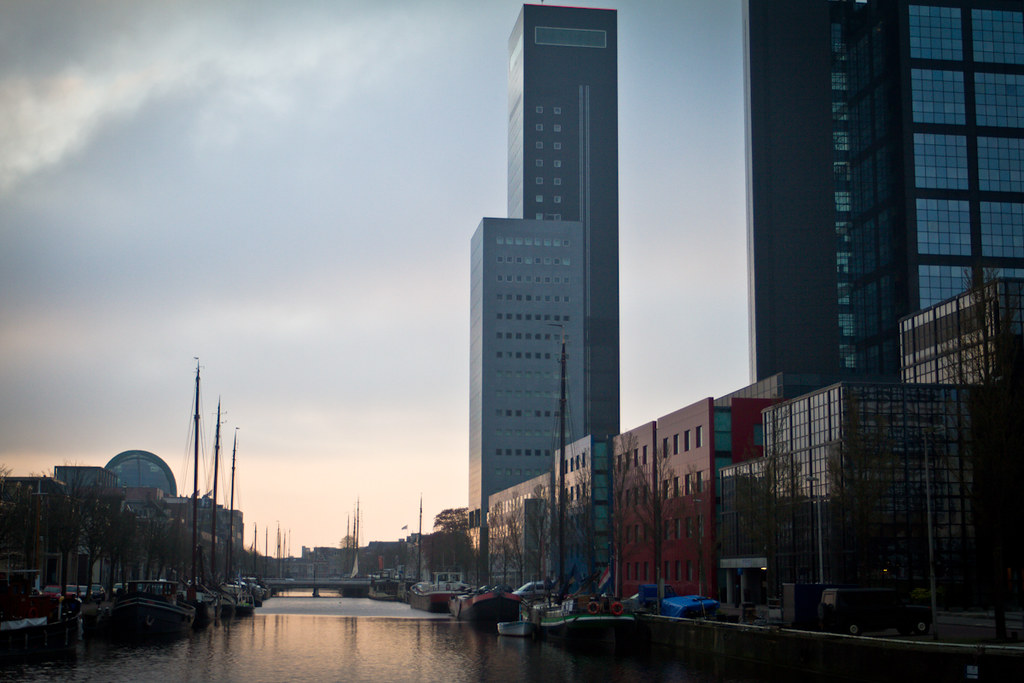 Just over two hours northeast of Amsterdam, Leeuwarden is surrounded by windmill-dotted pastures that are unmistakably Dutch; but it’s also a city that even seems a bit exotic to many of the Dutch. The cultural and administrative capital of the province of Frisia, Leeuwarden is the epicenter of a proud regional identity centered on the Frisian language and culture.

Frisia and the Frisians, a historically distinct Germanic people, became part of the Dutch Republic in the Late Middle Ages, but over the centuries have never given up their own distinct regional identity. This is one of the reasons Leeuwarden won its bid to serve as European Cultural Capital in 2018, inviting travelers from around Europe to come and explore the history and heritage of this little-known hook of the Netherlands.

Cultural enthusiasts will want to visit the Fries Museum, home to works of art, archaeological finds, and other artifacts that tell the story of Frisia and its people. 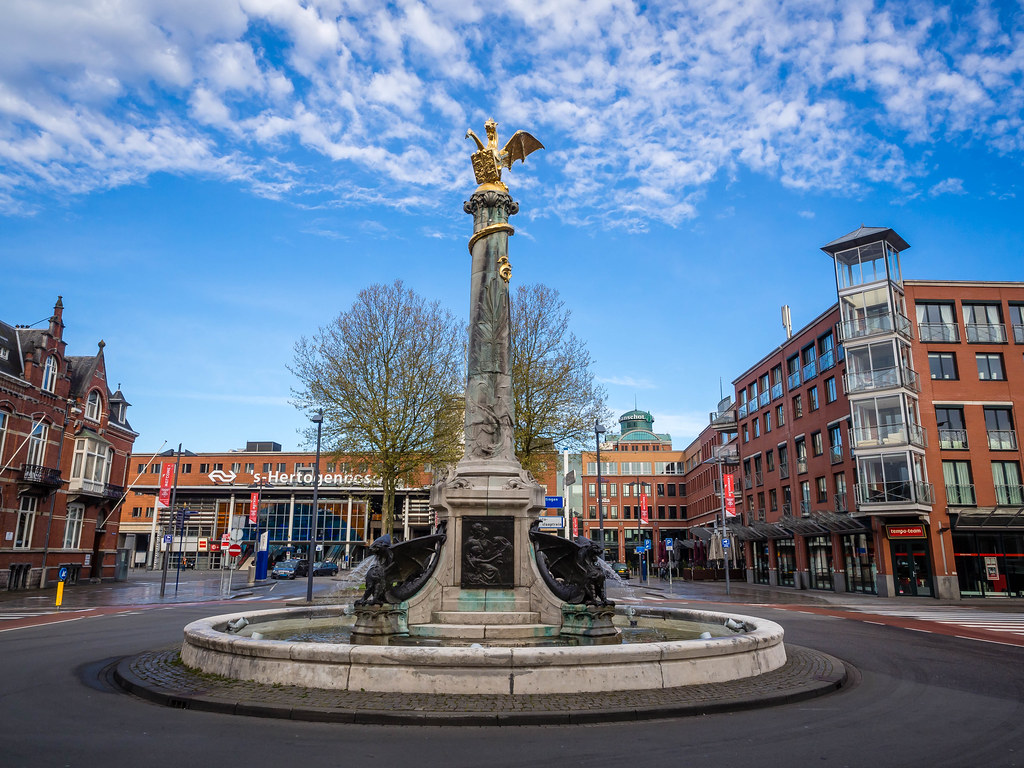 In the near geographic center of the country, a mere hour south of Amsterdam, Den Bosch is the kind of city that’s built for lovers of old architecture, imposing cathedrals, and eye-catching stonework at every turn. 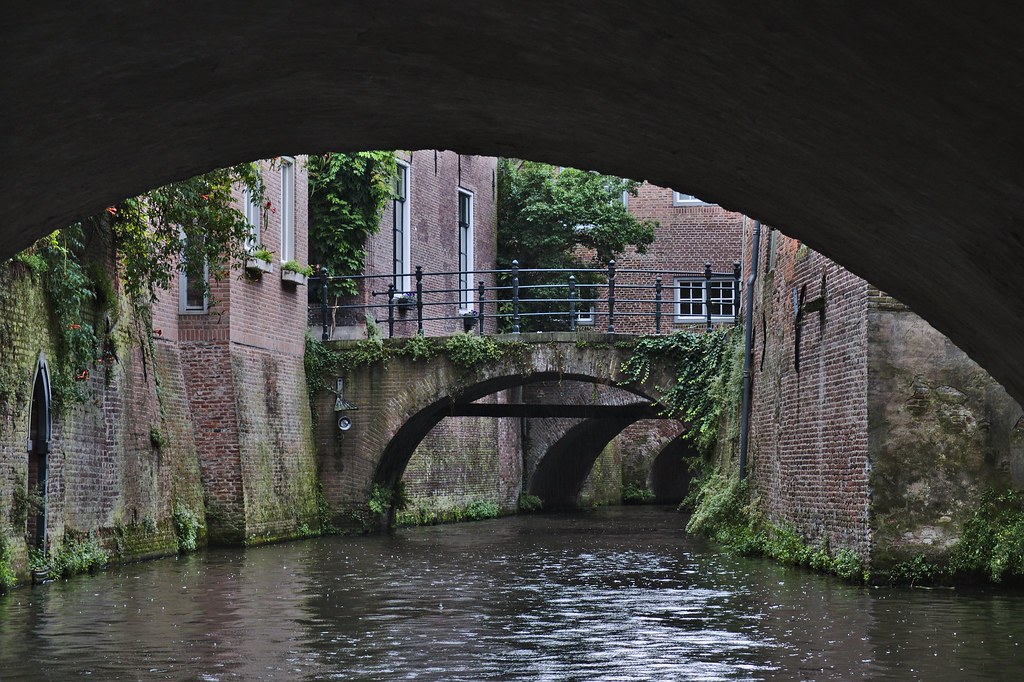 The St. John’s Cathedral is unchallenged as Den Bosch’s most-visited attraction, and with good reason. Considered the pinnacle of Gothic architecture in the Netherlands, as well as the country’s largest Catholic church, a guided tour of the church tower and carillon comes with the added bonus of sweeping views of the city from on high.

Once you climb back down from the church tower, descend into the canals in a canoe or kayak and paddle through the semi-underground tunnels of the binnendieze as they twist through and beneath the city. Despite being hidden in plain sight in the heart of the country’s Western urban core, Leiden couldn’t be further off the beaten tourist path. A university town of barely 150,000 residents, Leiden’s geographic position and impossibly perfect historic center make it the ideal base for a Dutch vacation.

With the authentic Dutchness of Utrecht and a cosmopolitanism per capita to rival Amsterdam, Leiden has the perfect balance of young international students and Dutch families who’ve called the city home for generations. Tour the city by following its muurgedichten, the more than 100 poems in nearly as many languages painted on its medieval walls. On a Wednesday or Saturday morning in late summer, wake up and explore the outdoor market that pops up along the canals in the heart of the city, where you can buy anything from homemade stroopwaffels and organic french fries with mayonnaise to clothes and fabrics or any of countless kinds of Dutch cheese.

Amsterdam is famous for a reason: With world-class museums, extreme dining experiences, and a devil-may-care nightlife scene where anything goes, there’s no doubt it’s worth a visit. But don’t let the bright city light outshine the rest of the country and fool you into thinking there’s only one city worth seeing in the Netherlands—good trips often come in small packages, and this tiny country packs enough beauty and history to keep you coming back every summer.