Much controversy and conversation still centers around the idea of women “having it all”. The thought of a family and successful career can be overwhelming to some, and downright unattainable to others, but our culture is dripping with women who can, indeed, balance work and family. Women writers, specifically, need only turn to their tribe to see how they might balance their family lives and their calling to write. 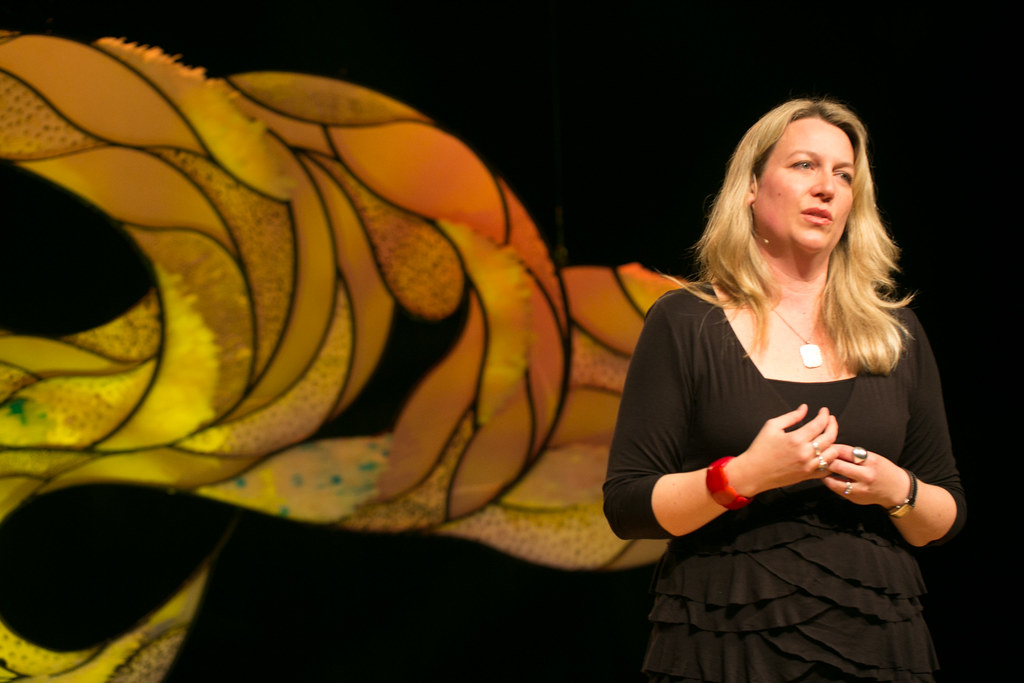 She’s the mother of two and author of several books, including the New York Times bestseller, Wild, which was adapted into a feature film. She believes the positive relationship a woman has with her family depends on her pursuing her dreams rather than giving them up. While her children were young, she left them for a two-week writer’s retreat to finish Wild. She says it was one of the hardest—and most necessary—things she’d ever had to do.

“You will learn a lot about yourself if you stretch in the direction of goodness, of bigness, of kindness, of forgiveness, of emotional bravery. Be a warrior for love.” –Cheryl Strayed

She’s a #1 best-selling author in 28 countries and just this April, she released the fifth and final novel in her popular Crossfire series. She’s considered one of the world’s most widely read writers, which is a feat in itself. Her accolades include winning Amazon’s Best of the Year Award and nomination for the Goodreads Choice Award.Day has two children, and she’s published over 20 novels while raising them. As if writing and raising kids isn’t enough, she’s also a workshop presenter, speaker and panelist at literary events across the country.

“I’ve learned to allow myself the room to fall in love with what I’m writing.” –Sylvia Day This Haitian-American best-selling writer’s work centers on themes like the mother/daughter relationship, the relationship to the self and relationship to place. She’s a proponent of social activism, makes time for interviews and appearances, and she continues to write, all while raising two daughters in Miami.

“Create dangerously, for people who read dangerously. … Writing, knowing in part that no matter how trivial your words may seem, someday, somewhere, someone may risk his or her life to read them.” – Edwidge Danticat 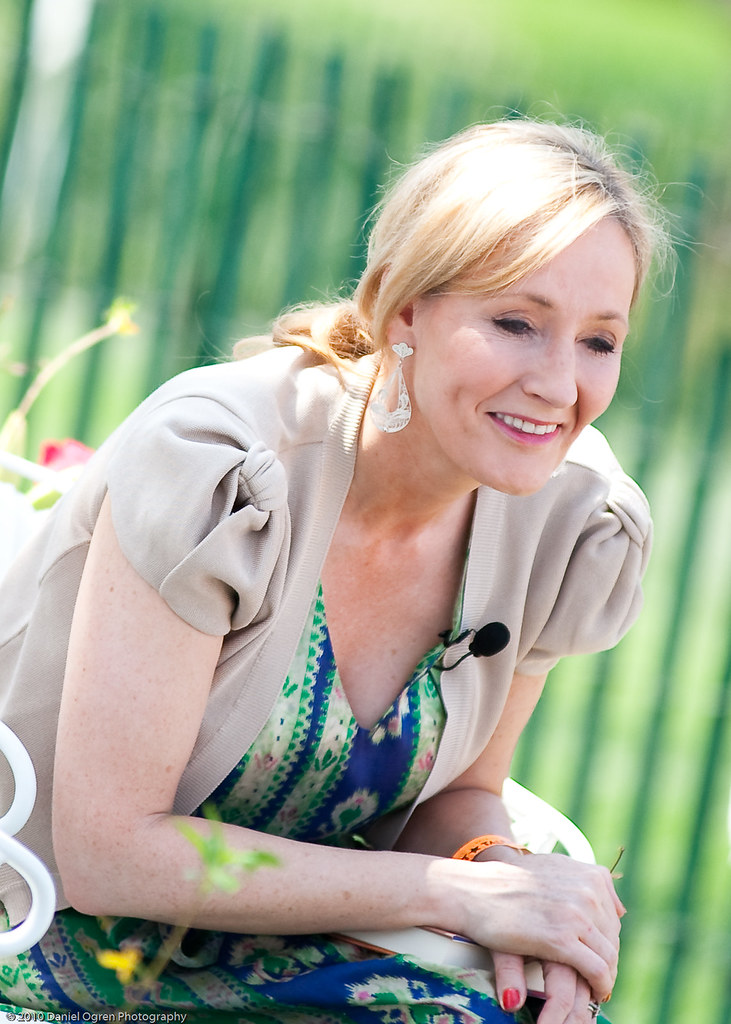 She created one of the world’s most beloved characters, Harry Potter. Rowling was teaching English in Portugal when the idea for the best-selling series came to her. In the meantime, she’d married and had a baby-girl. After her divorce, she lived in poverty in England, but she continued to write what would become one of the most successful series to date.

‘We do not need magic to change the world, we carry all the power we need inside ourselves already: we have the power to imagine better.” –J.K. Rowling 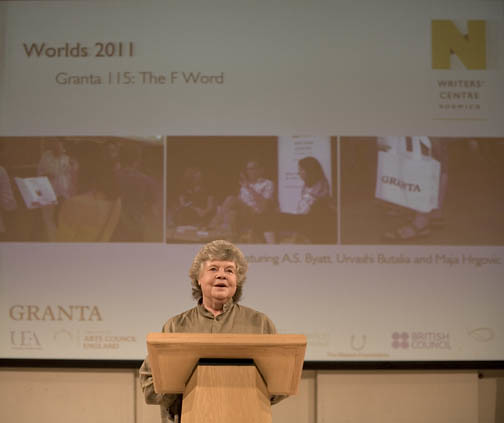 She’s been named one of Britain’s greatest writers and won the prestigious Booker Prize. She did it all while raising four children (two from her first marriage and two from her second marriage). She believes that women, regardless of whether or not they have a family, must create if that’s what they are called to do.

“I think of my writing simply in terms of pleasure. It’s the most important think in my life– making things. Much as I love my husband and my children, I love them only because I am the person who makes things.” –A.S. Byatt

She’s the best-selling author of three memoirs, one of which is considered among the best memoirs ever written. Her writing delves deep into the pits of her past struggles with alcoholism. Now, over 20 years sober, she’s written a mountain of poetry in addition to her memoirs, she teaches creative writing on the university level, and she’s raised a child.

“Sure the world breeds monsters, but kindness grows just as wild…” –Mary Karr 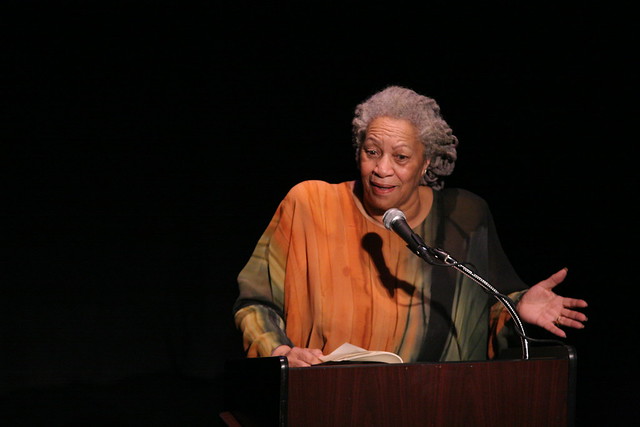 She’s regarded as one of the best novelists of the 21st Century, she’s won a Pulitzer Prize and she gave a voice to diversity in literature. Morrison rose early to write her novels while her sons slept. At the time, she also served as an editor at Random House, bringing other diverse writers to the world.

“If there is a book that you want to read, but it hasn’t been written yet, you must be the one to write it.” –Toni Morrison

Her best-selling chick-lit novels have been made into movies, served as the subjects of many a book club and graced the New York Times bestseller list time and again. Giffin, a former lawyer, is still going strong, writing new novels while raising twin boys, Edward and George, and her daughter, Harriet.

“Guilt is a supreme waste of time and energy.” –Emily Giffin Nicole Slaughter-Graham always has three things in her purse: a pen, a notepad and a book to read. She’s a freelance journalist with the good fortune to have written for a number of print and online publications including USA Today and VFW Magazine. She’s also the Associate Editor at duPont Registry Media.