Navigating Scotland: A Guide Past Castles and Munros The entire Scotland countryside sits at the top of my traveler’s bucket list; and since reading “Outlander,” I’ve become more intrigued by its culture and Highland history. The entire country is a historian’s playground and most regions are a nature-lover’s dream. It’s the place to go for exploring castles, palaces, and medieval villages. The green, hilly north is picture-perfect and a great location to get in a good hike, and the North Coast 500 has been described as the UK’s Route 66 with detours past centuries-old estates, rocky cliffs, and mesmerizing beaches. Here is my detailed recommendation for navigating Britain’s rugged north.

Whether you fly in or take the train from England, Scotland’s capital is one of the easiest places to begin your trip. First, get a feel for the city with a walking tour. Visit the Holyroodhouse Palace, where Scotland’s royalty resides. Walk around the north-west tower and abbey (which date back to the 16th century), then visit the rest of the palace, which was mostly built in the 17th century. The estate is open to guided tours, except in the summer when the Queen visits. During a tour, curious visitors can even enter the chambers that once belonged to Queen Mary of Scots. Leading away from the Queen’s Drive at the Holyroodhouse Palace are trails that wind up to Arthur’s Seat, the highest point at Holyrood Park. Enjoy snapping panoramic photos over Edinburgh from this viewpoint.

Then, stroll through the Royal Mile in the Old Town, which leads toward Edinburgh Castle. This is also a great place to stop at a pub for some food and people watching.

Perhaps the most iconic hillside spot to take pictures in Edinburgh is Calton Hill. This UNESCO World Heritage Site is also home to the National Monument of Scotland — a memorial to the soldiers who fought and died in the Napoleonic Wars.

Driving a rental car is an ideal way to travel along Scotland’s coast, but trains and buses are more cost-effective. Beelining from Edinburgh to Inverness is also a quick route for a jump start on the North Coast 500. If you do take the more scenic road, however, make a few stops along the way. The picturesque town of Saint Andrews has a 13th-century castle, a 12th-century cathedral, and the oldest university in Scotland, all which make the town more than worthy of a visit. 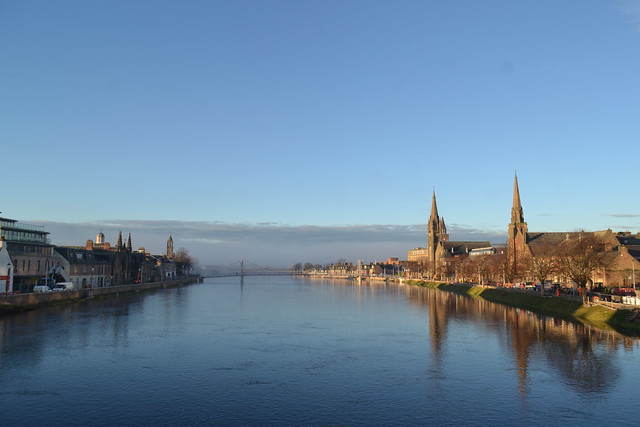 Further north is Aberdeen, where the crisp salt air and a maritime history add undeniable coastal charm. There is also plenty more architectural eye candy than may be expected from a location nicknamed the “Granite City,” such as the 17th-century Craigievar Castle and the Aberdeen Maritime Museum.

Cruise Along and Explore the North Coast 500

Named for the 500-plus miles (plus being a key word) that loop around the Highlands, this halo of roadways starts and ends in Inverness and is where to go for a truly Scottish experience. The route was designed in 2014 as an effort to attract tourism to the Highlands, and it created many very happy road-trippers in the process.

The North Coast 500 website recommends a minimum of five days for exploring, but seasoned trekkers suggest more time to get as much as possible out of the experience. Book all accommodations in advance and build an itinerary that lists the top must-see landmarks, while keeping free time available for the surprise stops that will pop up along the coast and hillsides. 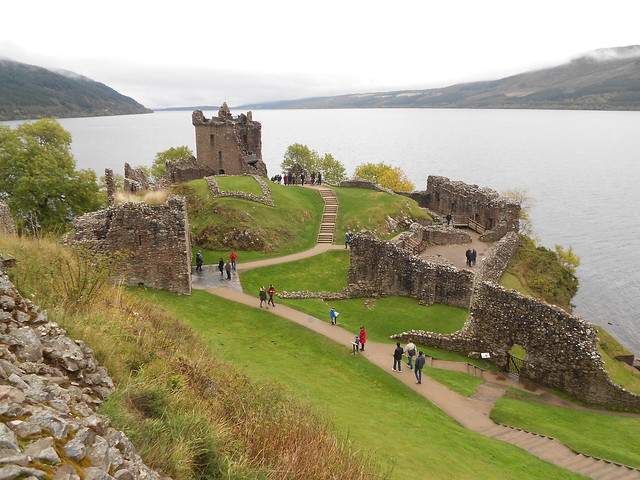 Do you like castles and palaces? Imagine what life on the Highlands must have been like while walking through the ruins of Ardyreck or Urquhart Castles. Would you prefer a trip filled with hikes? Try “bagging munros,” an expression used to describe hiking as many 3,000-foot mountains as possible. Or, perhaps a few days dedicated to Highland culture, socializing with locals, and eating the traditional cuisine is more your style (haggis and tatties, anyone?). One of the beautiful things about the NC 500 (in addition to the scenery) is its wide range of things to do; there is something for nearly everyone. One popular proposal is an eclectic mix of all the main highlights, perhaps with a little extra time dedicated to viewing the kilts and tartan patterns that adorned the region’s traditional costume.

Whether at the beginning or end of tackling the NC 500, a stop to visit Nessie is a must. The Loch Ness is just southwest of Inverness.

There is much more to see, including Glasgow (the country’s revitalized largest city), plenty of whisky distilleries, an incredible count of nearly 800 offshore islands, and more hidden natural treasures than can be encountered in most lifetimes.