The Oldest Places in the World As travelers, we’re attracted to noteworthy locations and eye-catching, superlative destinations. The oldest places in the world — those that have stared Father Time in the face and still stand to tell the tale — are among the most unique. What keeps a restaurant open for nearly 300 years? Which influences frame the world’s oldest institutions? Each of the following five places is not only old but also man-made. They have witnessed history and natural disasters and held prominent figures within their walls. Now they’re waiting for us. What can you expect from dining at the oldest restaurant in the world? Guess traditional, regional recipes and antique yet timeless surroundings, and you’d be correct. Sobrino de Botin has been running since 1725 when it first opened as an inn. Four floors tall, with three separate dining rooms, the restaurant walls echo memories from the long-ago inn and its transition into today’s venue, which has hosted a number famous faces including America’s very own Ernest Hemmingway. The reason for the crowded dining rooms, however, may be more linked to delicious Castillian recipes, especially the two roasted specials: roasted lamb and suckling pig. A visit to Madrid isn’t complete without a feast, and Sobrino de Botin may indulge all of your senses!

This location contains two of the world’s oldest institutions. Dating back to 859, the university and library have been continually operating for 1,158 years. The library only became open to the public, however, last year, after a large restoration project. Inside the University of Al Qarawiyyin Library, scholars, historians, theologians, and anyone interested in Arab culture can find a treasure trove of manuscripts and information. Among its most prized possessions is a Quran from the 9th century. In addition to the beautiful white walls, archways, intricate mosaics, and wooden shelves covered in old texts, the history of the campus may attract visitors, especially women. Strong, independent women everywhere may like knowing that this institution was founded by a female, who later became a student; and centuries later, it was renovated by a female architect.

In our world of e-readers and smartphones, bookstores are an endangered species. Yet despite the changing technological tide, quite a few remain afloat. One, in particular, has existed for nearly 300 years, even surviving one of the most devastating earthquakes in the world’s history. Bertrand bookshop first opened its doors in 1732 but has enjoyed a cozy spot in Lisbon’s downtown Chiado neighborhood since it was rebuilt after the 1755 Lisbon earthquake. Since then, the store’s walls have witnessed many historical events and sheltered more than a few literary minds. Its location in one of Lisbon’s trendiest streets makes it a great meeting point, and the store maintains a modern appearance. Unlike what you may imagine from the world’s oldest bookstore, you won’t find books topped with dust at Bertrand!

Hollywood has been touching hearts around the world for decades; but the birthplace of modern cinema takes us all the way to a charming little town in southern France, called La Ciotat. The lights first turned on at the l’Eden Théâtre in 1889, and the town’s residents enjoyed one of the first motion-picture films to ever exist. Although the theater was closed for a brief time, its doors and lights have opened once again, reflecting beautiful renovations and entertaining its guests. 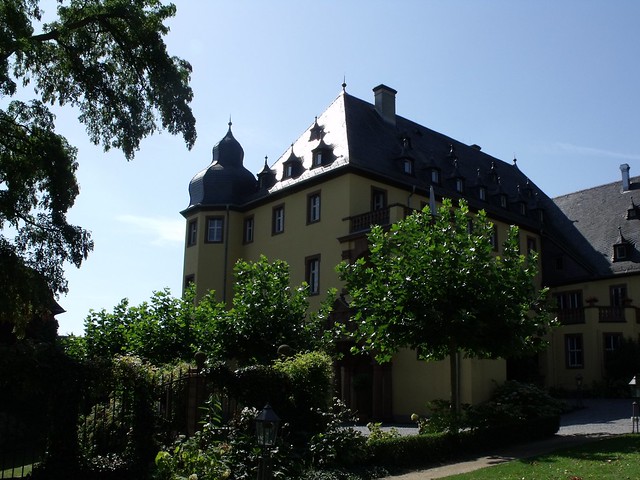 Wine is said to get better with age, but what about the winery? The beautiful Schloss Vollrads estate may lead you to believe that it does. Complete with a 14th-century castle, green grounds, a restaurant, expansive vineyards, and modern care, its inviting nature has no problems attracting visitors. Then there is the wine. Schloss Vollrads is known for producing Reisling, a fruity wine with a refreshing taste. The first known account of wine sold was in 1211; and in 2011, the estate produced their 800th vintage. If you’re a wine-lover planning to visit Germany in the near future, this is a spot that shouldn’t be missed!